Investments For The Little Fishies

A replacement of administrator

Once BDO were confirmed as administrator they set up an investor/borrower porthole for the release of relevant information. This includes any major progress in the administration process as well as periodic general FAQ’s, this information is publicly available to anybody who wishes to view it via the links above. On the 25th July 2018 it was decided the best way forward for the interest of lenders was to set up a Creditors Committee. This is a committee of at least three but no more than five individuals involved in the administrated company from a creditors perspective (in this case lenders). Thirteen nominations were received meaning a voting round had to be carried out to choose the maximum of five representatives. The five selected members of the Creditors committee were confirmed on the 23rd August 2018. There has been no further official update since.

The talk about town

Much of anything else released in the public domain about this administration at this time is potentially tinged with personal spin and interpretation. So I’m going highlight some of these rumours and attempt to put them in some kind of perspective.

Firstly there is the proposed administration cost, RR quoted an initial upfront fee of £48’000, sounds reasonable. BDO have quoted circa £550’000, now before you cause yourself an injury by falling off your chair, think about it. Collateral UK had quite an extensive loan book stretching across much of the country, now one might reasonably expect each of these developments would require at least one if not more site visits to ascertain the validity and state of the security to the attached loan. The work hours and travel expenses alone in performing this task would probably eat up much of the original RR quote. Then there are to name a few : lender communication expenses ; borrower communication expenses ; costs of maintaining the communication porthole ; costs of conducting potential sales of loans and parts of the business as a going concern ; costs of enforcing a security to gain a recovery ; compliance costs ; other legal costs. I could go on but when you actually consider the shear complexity of the Collateral UK loan book and the company as a whole, you could as lender start to think maybe you had a lucky escape from RR with a grossly underestimated administration cost.

The initial £48’000 quoted by RR for the administration was paid upfront before the legal challenge to the appointment. It has been rumoured but not confirmed in an official capacity that this fee was reimbursed back in to the administrated Collateral UK company. I’m inclined to believe this is probably the case as the appointment was found to be invalid by court process and a condition of the court ruling would likely have been the reversion of any fees paid.

There is another rumour around an approximate sum of £300’000 being removed from the company accounts at the directors discretion in the weeks leading up to the collapse of the company. This is by the far the most salacious rumour as it could well be considered embezzlement.

If, and it’s a big if, this was the case then embezzlement is of course a criminal offence. That in itself could well be leverage enough to return the funds if this has indeed taken place.

I have seen a figure banded about referring to a deficit between the loan book assets and lender/creditor/administration liabilities. With the loan book being valued at approximately £17.5 million and liabilities approximately £18.5 million leaving a deficit of approximately £1 million. Now i have no where near enough information to even attempt to explore this claim and I recall this was a claim voiced early on based on the initial release of preliminary figures. All I would say if that was indeed the case, it would equate to a potential 94.6% recovery, could be a down site worse.

Finally, where I stand personally on the state of the administration as an investor (lender). Yes its frustratingly slow and as investor I have ‘dead’ money tied up in the administration. Looking at it from the administrators side, this is undoubtedly a learning experience for them, all previous P2P company collapses have been tiny in comparison. If a traditional retail company with 2’000 employees collapses the administration is performed using well tested and a known legal processes and principles. The employees will then be compensated against liabilities evenly with what ever assets remain beyond the settlement of priority creditors (usually no more than a few dozen). This process can usually be wrapped up in 6 to 12 months.

With Collateral UK that equation is turned on its head, the company it’s self has a few employees but 2’000 (can’t recall the exact number but i think its broadly right) creditors/lenders. In the retail situation employees would tend to disproportionately loose out compared to creditors. In this situation maths would dictate that creditors would lose out somewhat because they are more exposed (there are more of them). Employees could stand to loose close to everything.

So I’m at least expecting a minimum of two years before anything close to a resolution (spring 2020). In terms of recovery, it’s a guess at this stage, like everybody else, but I would expect at least a small trim, anything better would be welcome news.

The UK based P2P lender Collateral UK announced today (28/02/2018) it has formally entered administration. The platform was taken offline on Monday 26th of February 2018 with nothing more than a ‘server upgrade’ landing page in it’s place. As speculation grew on forums over the next few days, from the plausible to out right ridiculous, as to the cause of this suspension in trading, a letter from the administrator was finally released late this evening.

The administrators letter cites the reason for the administration as ‘ The Company was operating in the belief that it was authorised and regulated by the Financial Conduct Authority under interim permission. It has transpired that this is not the case and consequently the Company has ceased lending ‘.

It is still very early stages in proceedings but it would appear invested capital will be secured and wound down in an orderly manner. However it is yet been clarified what will happen to cash on account, what will happen to investments not yet drawn down, what will happen to this months interest due tomorrow morning and if or when the platform will go back online. If the platform does not go back live, many investors maybe left scratching their heads in obtaining exact and up to date figures of what they have on the platform. This could cause difficulties with capital claims or tax filling.

Emotions are still raw at this time and it would unwise to speculate further on how this situation came about in the first place. Undoubtedly more will be revealed over the coming days and i will update accordingly. However some comfort should be taken from the fact this is by no means the worst case scenario, if played out as purported investor losses should be minimal if any.

This is exactly why all investments carry risk.

The highest interest rate on a loan part I have on this platform is 15% the lowest is 12% so I have averaged the rates across all the loan parts to arrive at an expected ROI of 13.6%. The actual ROI is 12.72%, which accounting for timing discrepancies with deposits and reinvestments associated with a manual investment strategy, it’s pretty close to what was expected. A plus with this platform is there is no minimum investment and there has always been investment opportunities available so as soon as a balance has been released, meaning you can maximise your return. Occasionally cash back is also offered on specific loans in the primary round adding further to your return, but you have to be quick, a passive investor (logs in less than every 2 weeks) is unlikely to catch them. For the passive investor you do have the option to auto reinvest, personally I have preferred a manual strategy so far.

I am yet to experience any difficulties or defaults with invested loan parts, in fact many of the loans have already been repaid and the funds have since been reinvested in to new loan parts. I have noticed a few defaults/over due loans on the platform so it does happen, it just seems i’ve been fortunate so far. The platform itself is very easy to use, if basic. I’ve not needed to use the secondary market at this point so i couldn’t comment on that aspect.

In conclusion, i’m very impressed so far with Collateral UK considering it’s one of the lesser know platforms, looking forward to what the second half of 2017 brings. 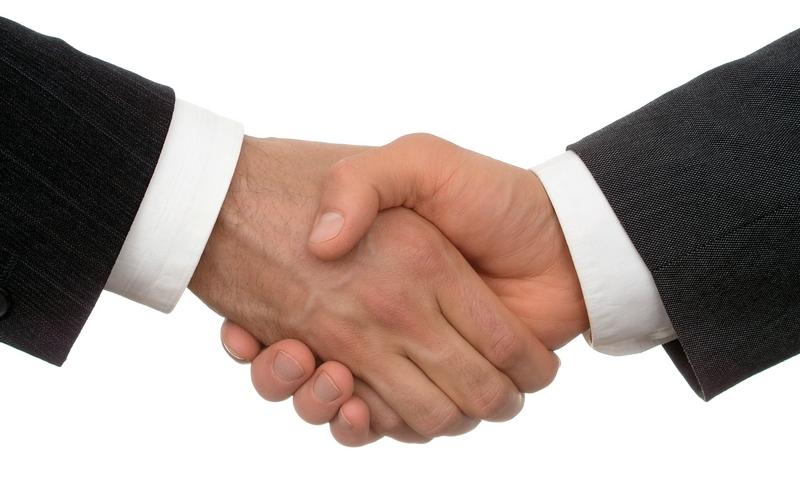 Collateral UK was incorporated in 2014 to offer a peer-to-peer platform to investors interested in investing in the UK property market. It specialises in short-term asset backed bridging loans. Usually but not always the investment opportunities are based around purchasing new build properties from the developer, with investments repaid when a customer or tenant is found for the property. Typical terms are 90 to 180 days. The advertised ROI is 12% but this can vary across specific loan requests. Collateral UK also offer a secondary market allowing investors the opportunity to exit early if they feel the need to.

There is no minimum deposit or minimum investment on the Collateral UK platform. This platform only currently accepts bank transfers, it does not accept card payments.

The top row of the table (below the title row) shows the grand totals for all currently available loans. There are more rows on the platform than shown in this image so the totals look inaccurate but they are not.

Asset Value – shows the market value of the property requesting the loan.

Loan – is the value of the loan being requested on the assigned property.

% PA – displays the percentage ROI offered for each loan request.

LTV – shows the loan to value against the market value of the property. Collateral UK offer up to a maximum of 70% LTV against any property.

Available – is the current value of loan available for investment. If a loan is fully funded it is removed from this table until value becomes available again though an investor selling their loan part on the secondary market place.

Invested – Shows how much you currently have invested in to each loan request.

Remaining – displays the remaining time left on the loan term before expected repayment, in days.

Age – the number of days you have been invested in each loan request.

Amount – shows how much you currently have invested in each loan request.

Start – is the date you invested in the loan request.

LTV – shows the loan to value against the market value of the property. Collateral UK offer up to a maximum of 70% LTV against any property.

Remaining – displays the remaining time left on the loan term before expected repayment, in days.

Interest – shows how much interest has been accrued for each loan request to date. Interest is paid to the platform account at the end of each month.

Sell – is the option to sell the loan part on the secondary market.

Renew – sometimes a borrower may request a loan extension or a loan renewal. This option allows your investment to be automatically rolled over to the new loan request.